(The slideshow below highlights some of the great historical moments of Dakshinee and its heritage, and some of the thumbnails inserted within the body content text further down have been described in the photo gallery section) 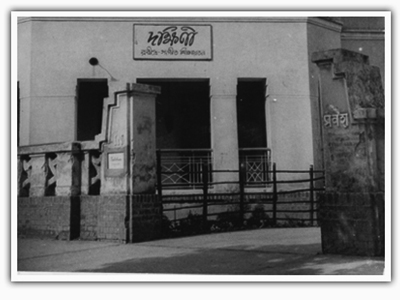 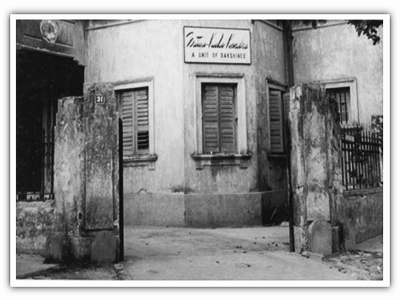 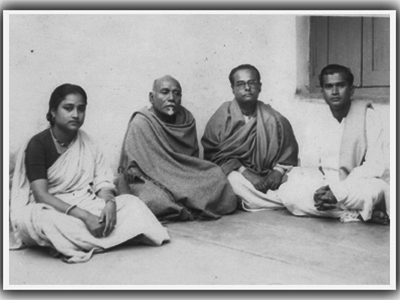 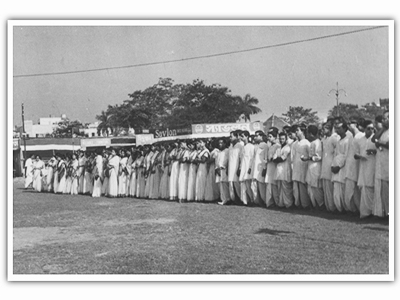 A brief history of Dakshinee... 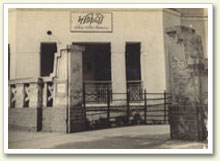 Founded in 1948 by Shri Suvo Guha Thakurta with the blessings of Rathindranath Tagore and Sailajaranjan Majumdar, it had Subinoy Roy, Suchitra Mitra, Sunil Kumar Roy and Kamala Basu among the first batch of teachers.

Suvo Guha Thakurta, a young, ardent devotee of Rabindrasangeet, used to frequent soirees held at Santiniketan and at the Brahmo Samaj, from the age of eighteen. His close association with Indira Devi Choudhurani, Sailajaranjan Majumdar, Kanika Bandopadhyay, Arundhati Devi led to numerous lessons in Rabindrasangeet under the tutelage of the first two.

Sailajaranjan had once expressed to Suvo Tagore's lament that his music was increasingly getting limited to Santiniketan and the Brahmo Samaj, and not reaching the wide audience it deserved to do. Sailajaranjan expressed a wish to Suvo that some measure be taken whereby Rabindrasangeet could be brought to the Bengali masses. It had been Tagore's firm belief that a day would come when Bengalis would recognize and appreciate the centrality of his songs in their lives. Henceforth committed to the cause and determined to see results, Suvo, after a few years of struggle, founded Gitabitan on the 8th of December, 1941 at a rented house in Bhowanipore. In no time it was flourishing as a Rabindrasangeet institution. However, due to differences in opinion regarding its functioning, Suvo Guha Thakurta dissociated himself from it in 1947 and founded Dakshinee on the 8th of May, 1948, at 132, Rashbehari Avenue, Calcutta (now Kolkata), India.

IDEOLOGY : Exclusively practising and upholding Tagore music as a pure and high form of art, and imbibing and spreading a love for it in the hearts of people, especially in the face of diverse influences, remains till date, the expressed ideology of Dakshinee.

Dakshinee took off with only 12 students on its rolls and by 1955 had 600. It moved into its current premises at 1, Deshapriya Park West on 16th Oct., 1955 ceremonially inaugurated by Smt. Chitralekha Siddhanta, better known as the 'Nightingale of Bengal' at the time.

Dakshinee's dance section named 'Nrityakala Kendra' was founded in 1950 with Smt. Seba Mitra as in-charge, at the junction of Lansdowne Road and Jatin Das Road.

1950-60: From its very inception Dakshinee had four functioning sections viz. the School, Dramatic, Cultural and Publication sections. To the Dramatic Section it owed pioneering enterprises between '50 and '60 such as scripting and staging Tagore short stories like 'Haldar-Goshthi' 'Noshtoneer', 'Rashmonir Chhele', while the Cultural Section produced works such as 'Shyama', 'Phalguni' and 'Arupratan'.

The same period saw the landmark event the Triennial Tagore Music Conference in the years '51, '54, '57 and '60. It was organized by Dakshinee with the assistance of AIR who came forward to broadcast the sessions live to reach the masses. With over a hundred aspiring and established artists taking part, these sessions were aimed at educating the listener and the learner about the nature and variety of Tagore's musical compositions.

1960-'70 This period marked the Tagore centenary in '61 which Dakshinee celebrated on a massive scale. The whole of Deshapriya Park was taken up and divided into 3 sections the 'mela' ground, a food court and the main performing arena. Apart from Dakshinee, many renowned theatre-groups and artists performed in this 22-day long festival.

In 1962, Dakshinee went to Mumbai to raise money for the Bengali High School, Dadar, and presented 'Phalguni' at Bharatiya Vidya Bhavan, Chowpatty, and donated Rs. 45,000 to the school.

Between 1962 and '72 Dakshinee's student strength crossed the 1,500 mark - an unmistakable sign of the growing awareness and appreciation of Tagore music, thereby triumphing Dakshinee's objective and motivating it to further feats.